Below are some pictures of the Nook Touch with GlowLight, showing the LED front light at various brightness levels and in different lighting environments.

I also included some comparison pictures between the Lighted Nook Touch and the original Nook Touch, showing how much difference the built-in light makes for reading in the dark and light.

At the end are some photos comparing the Nook Touch's light with that of the Nook Tablet and its LCD screen.

Don't miss the Nook Touch with GlowLight review for more info on the GlowLight and for a video showing it in action. 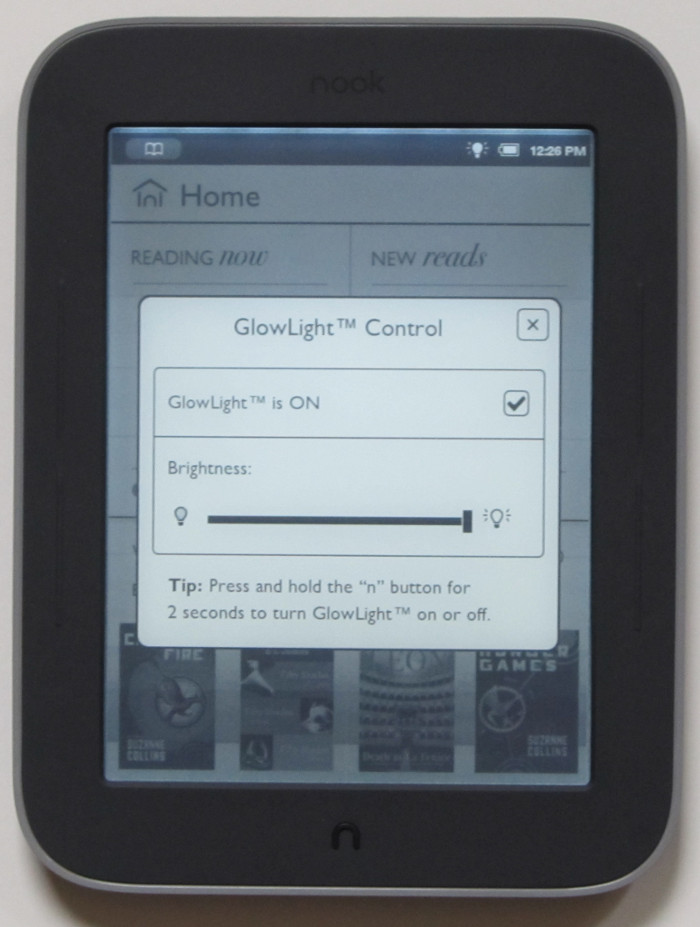 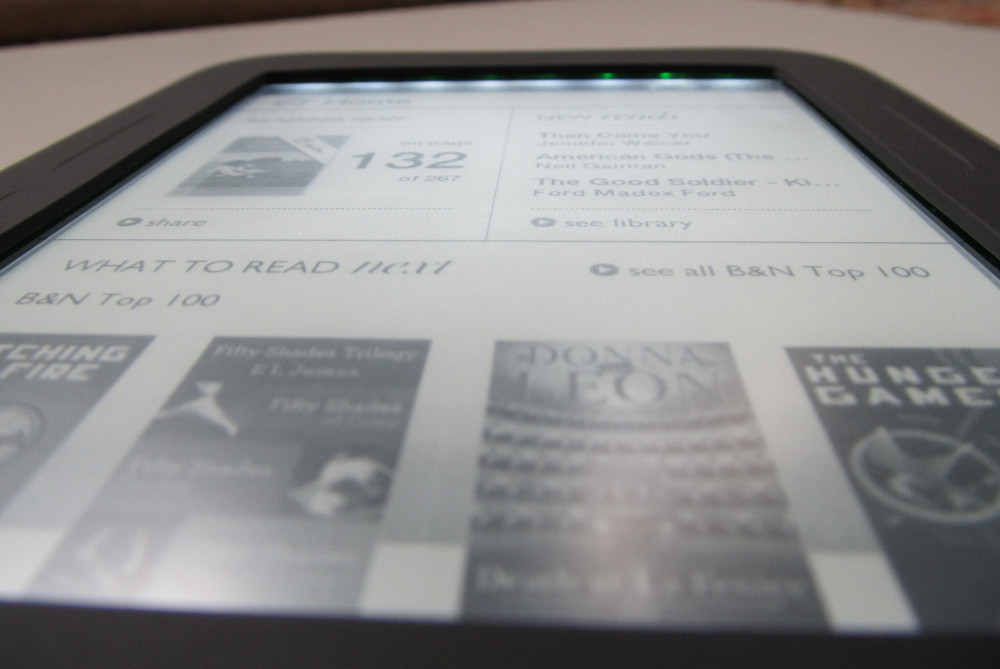 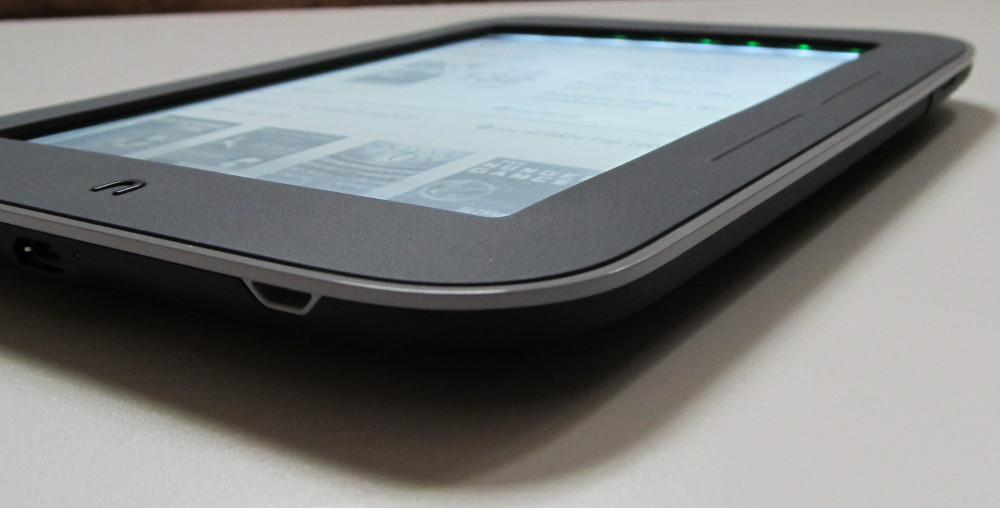 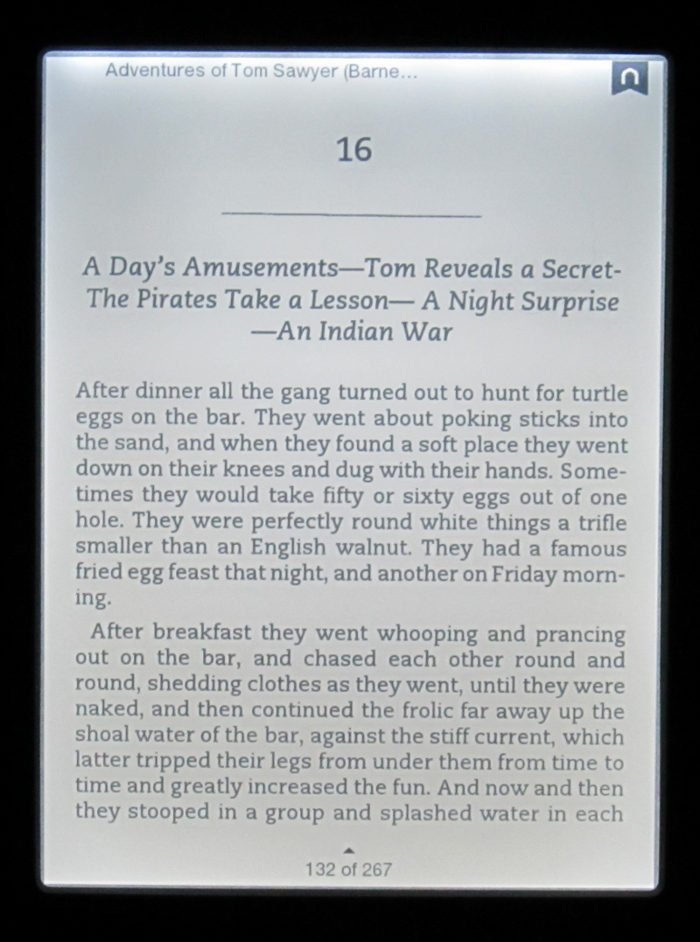 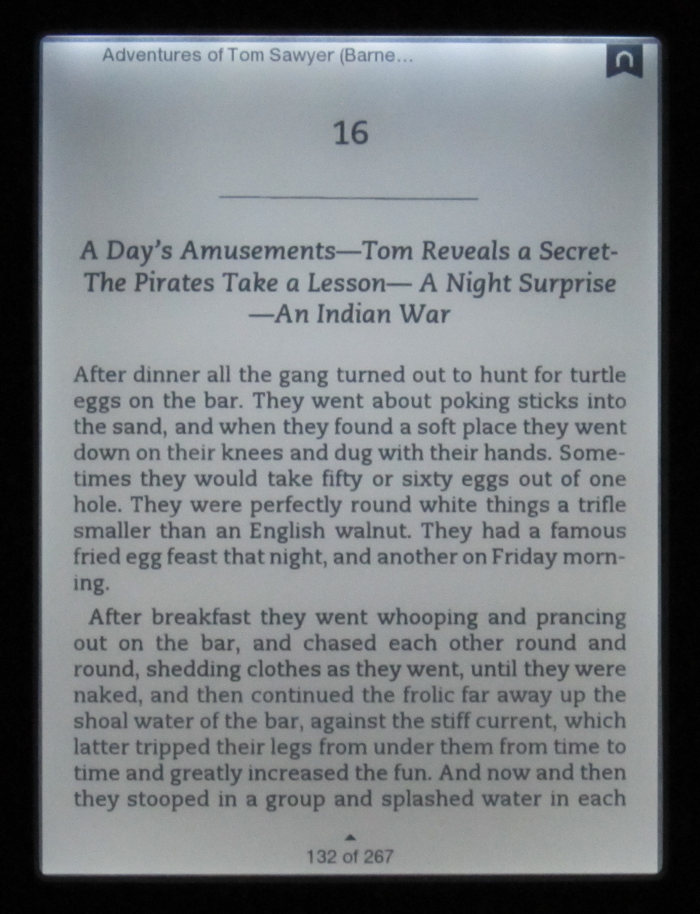 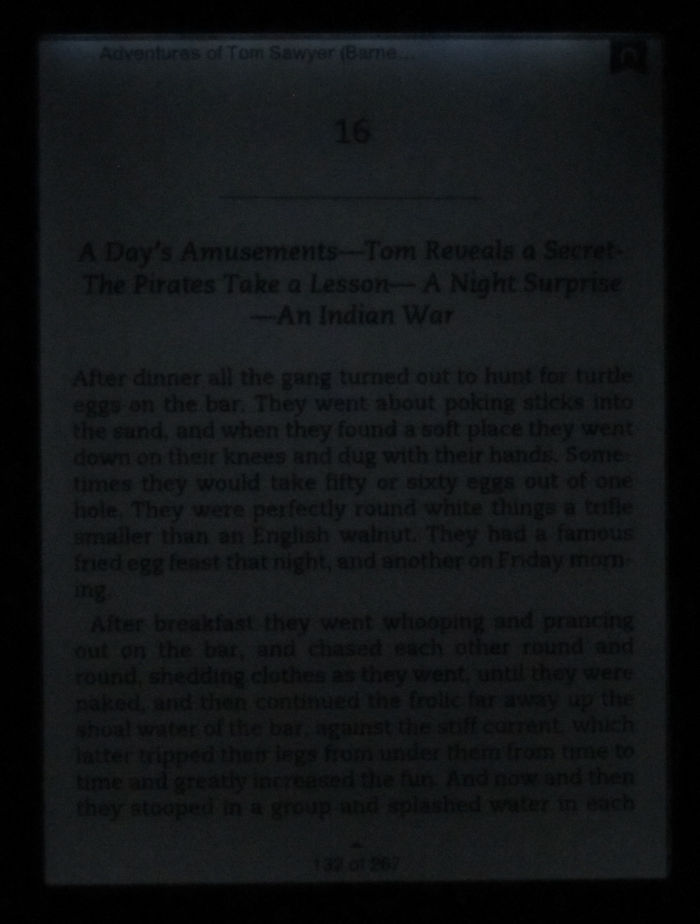 Both Nooks have the same E Ink Pearl screens so they are very similar. The Nook Touch with GlowLight comes equipped with an anti-glare screen protector to help with the GlowLight.

The anti-glare screen protector does have one slight drawback in that it makes the text appear slightly less sharp than on the original Nook Touch. It's not much but it is noticeable when they are side-by-side. With the light on, the Nook Glow's screen looks whiter, so the perceived contrast is better in that regard. 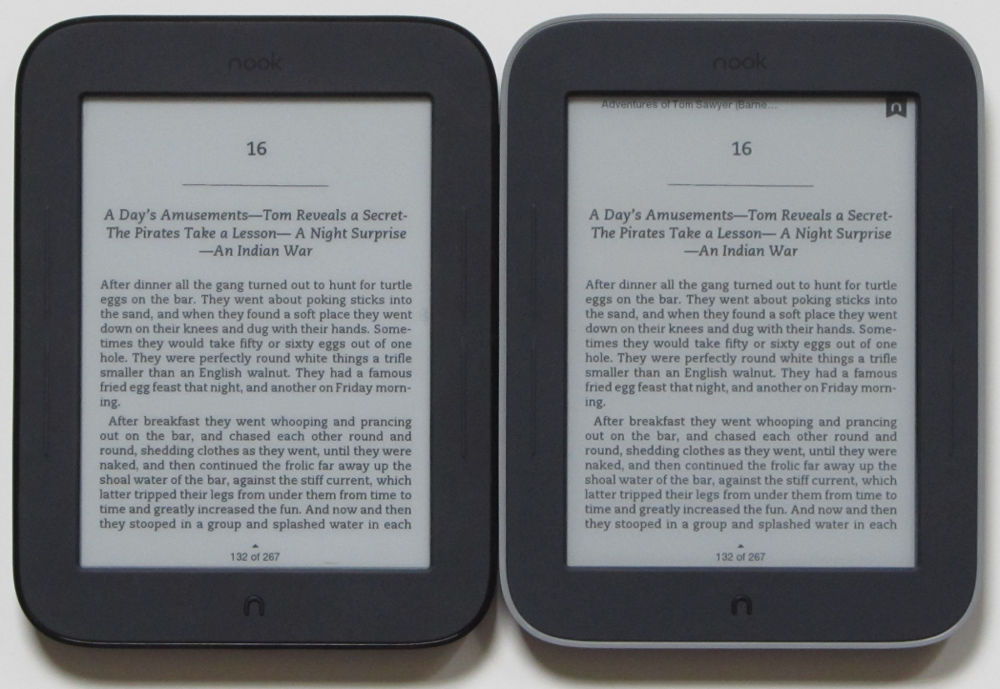 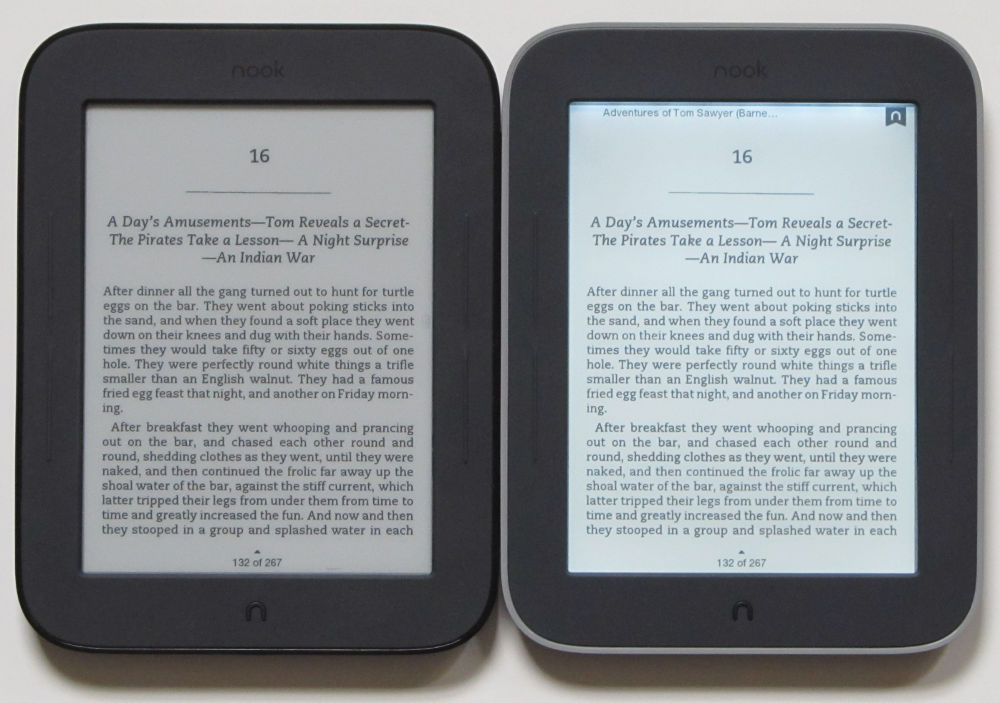 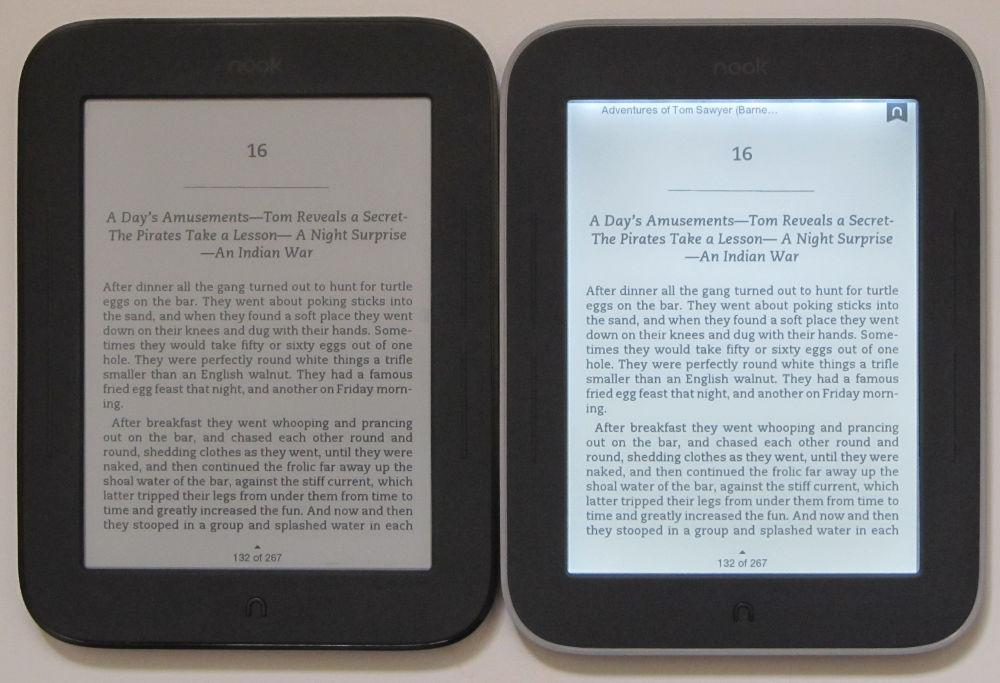 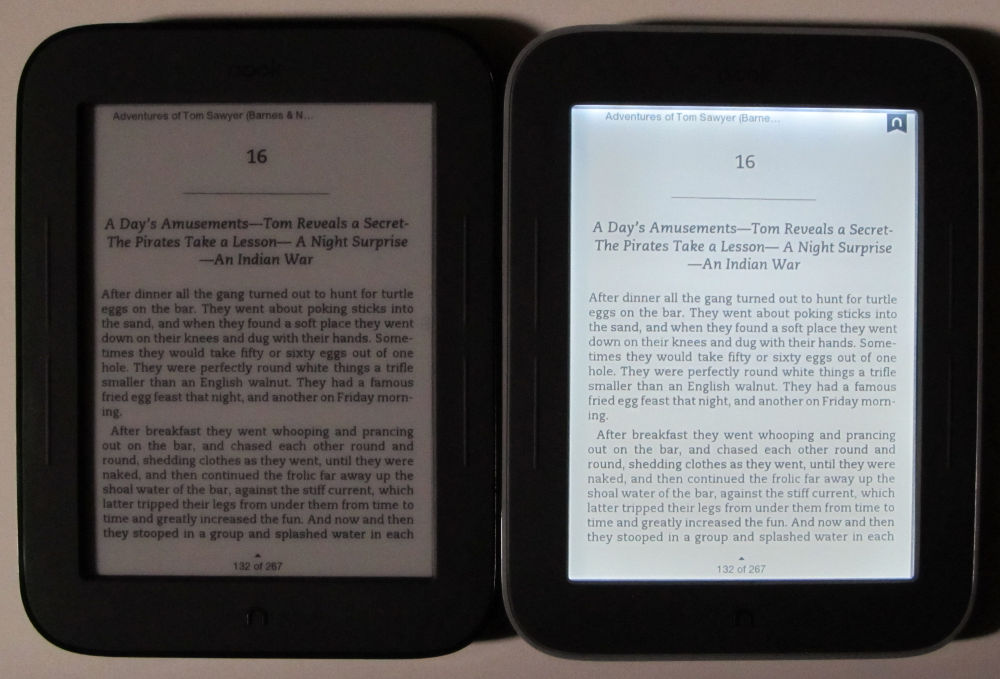 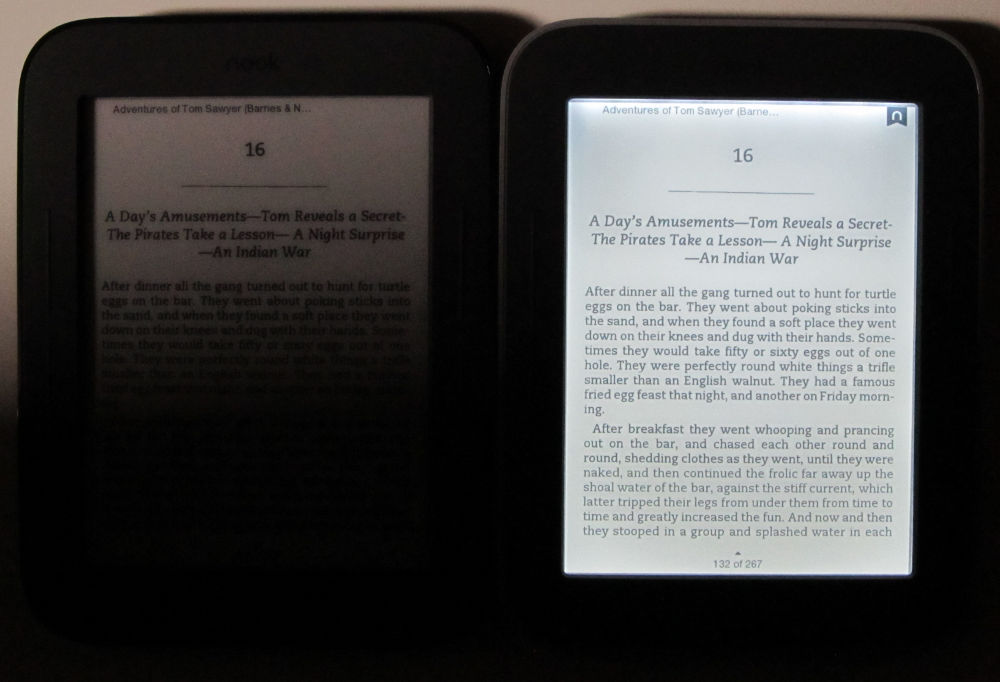 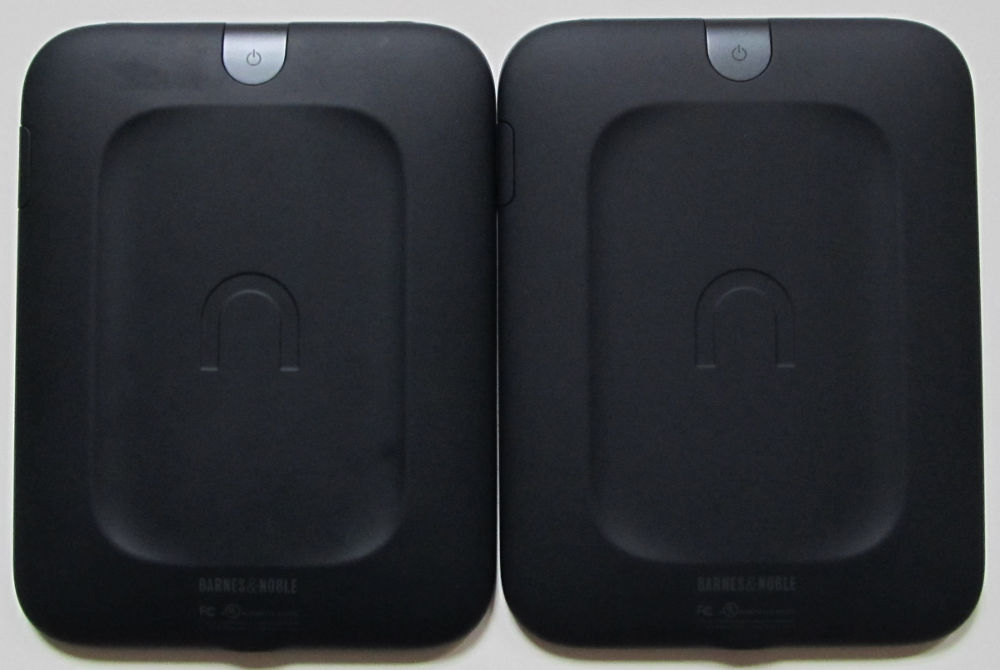 As I've mentioned in the past, the Nook Tablet has a darker-colored background for reading than some other tablets. This theme shown in the picture is the day theme, even though it looks kind of like sepia. 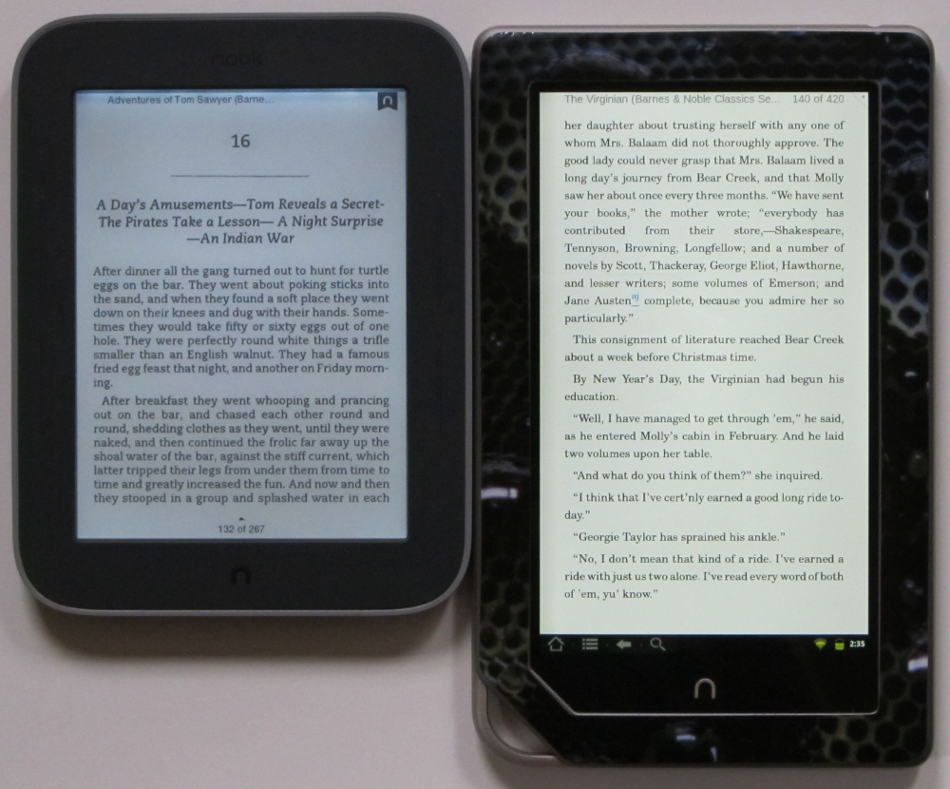 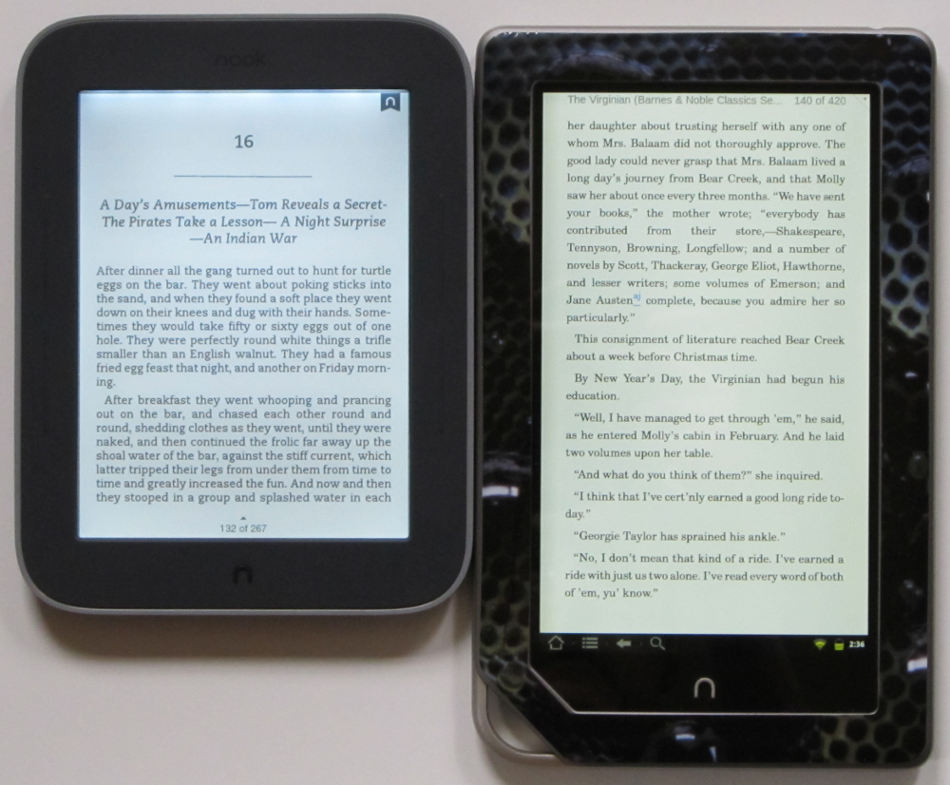 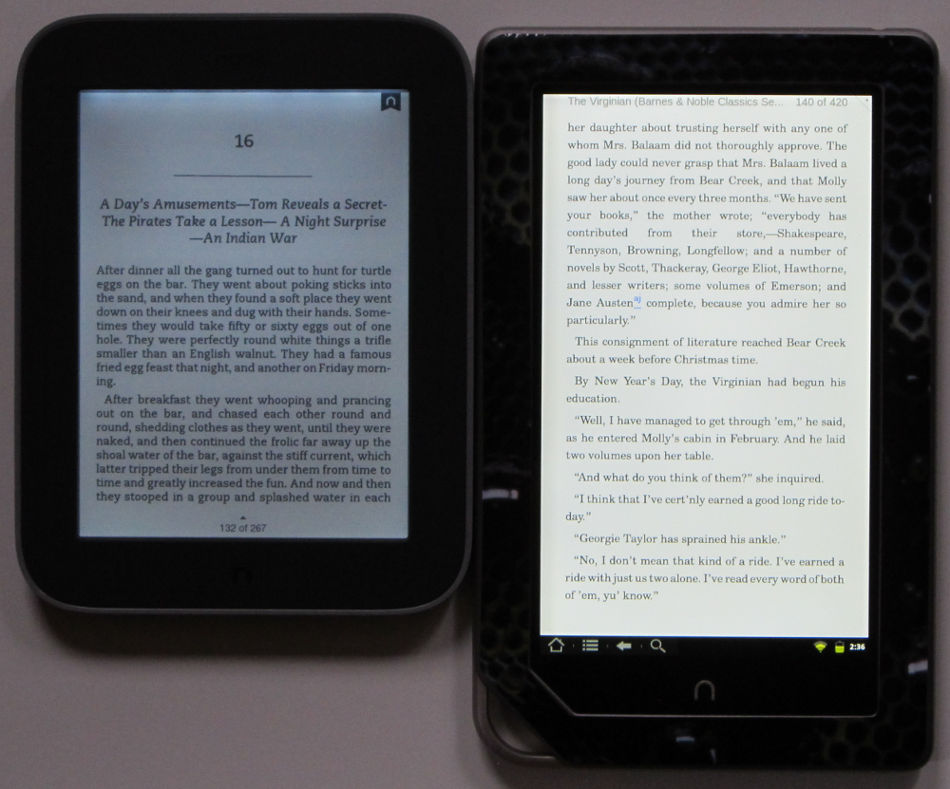 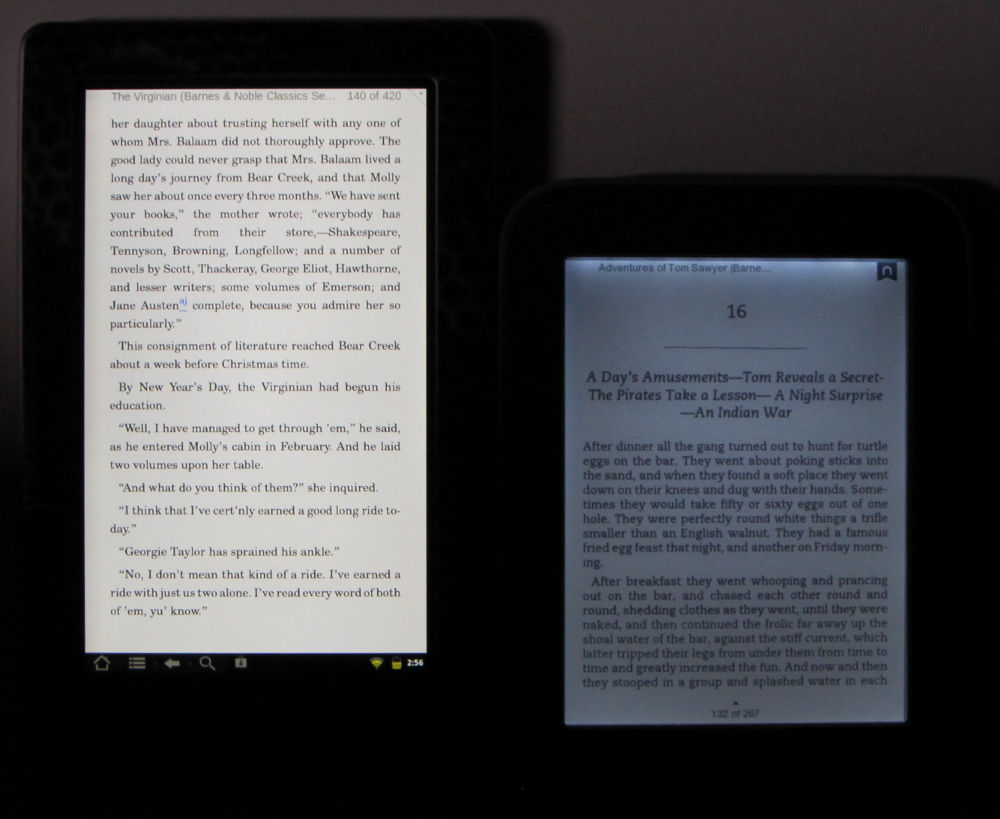 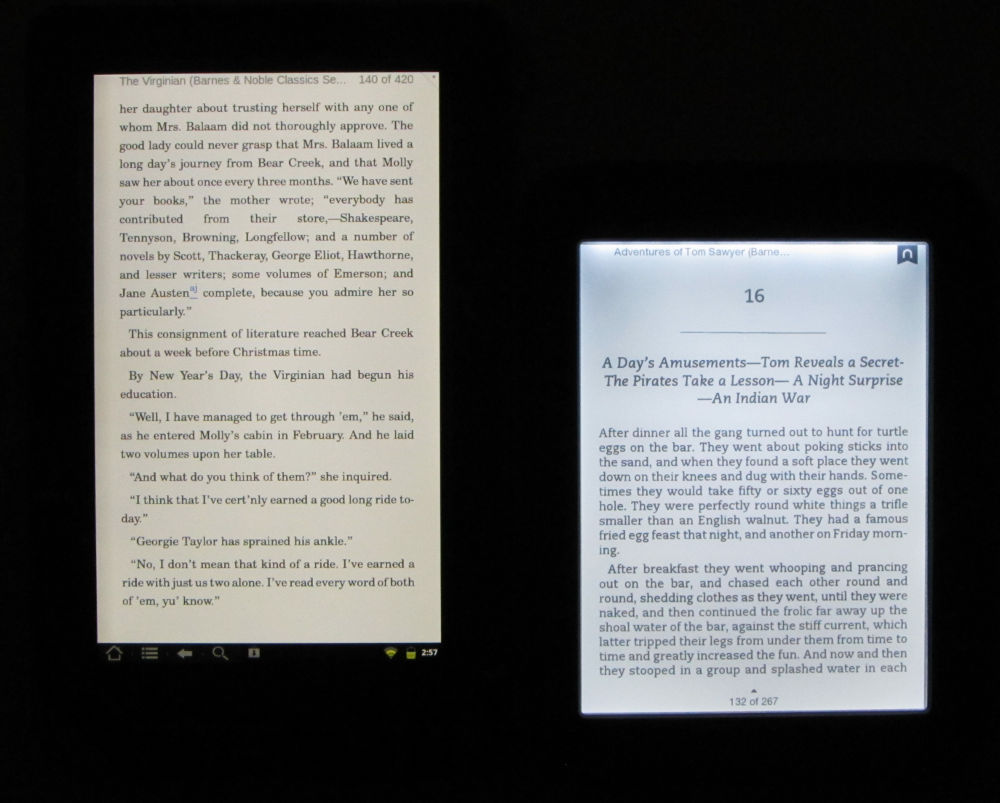