One of the latest companies to join the ereader war is Velocity Micro, with their expanding line of Android ereaders and tablets.

Velocity Micro is a US-based company that specializes in high-performance computers, gaming systems, desktop and notebook computers, home-theater media centers, and other electronics in addition to ereaders and tablets.

Check The eBook Reader Blog for the latest news about the Cruz Readers and Cruz Tablets. 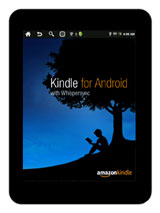 The 7" Cruz Tablet, model T301, is the updated version of the original Cruz Reader R101 shown below.

The Cruz Tablet comes with a capacitive touchscreen, the Kindle e-reading app, Android 2.0, and is open to install 3rd party Android apps from the Cruz Market and various other app markets. 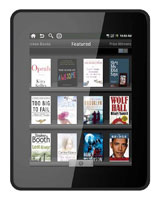 The Cruz Reader is very similar to the Pandigital Novel and PocketBook IQ from a hardware standpoint.

It has a 7-inch TFT resistive touchscreen and Google Android 2.0 Operating system. It is one of the most inexpensive Android tablets on the market as it looks to be phased out for the newer models. 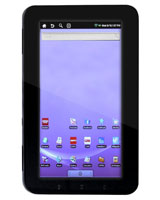 Powered by Google's Android 2.0, the Cruz Tablet T103 is the original Cruz Tablet from Velocity Micro.

At CES 2011, Velocity Micro unveiled three new Cruz Tablets. They come with the Kindle Android app, Android 2.2/2.3, and have options for 3G wireless, HDMI out ports, and front and rear facing cameras. We're still waiting on pictures, a release date, and the finer details, but here's what we've got so far.